In order to give the discipline of food design a theoretical foundation, and to give a form to this research, ESAD Reims imagined the Scientific Banquet, a unique scenographic and culinary form.

The concept of the event is a conference superimposed onto a banquet : we speak about what we eat and we eat what we speak about, in a staged environment. Who speaks? Researchers in food history, historians, sociologists… and artists, whose performances happen alongside more academic speeches.

The participants have a scientific experience that is like a conference and an aesthetic experience, involving sensitivity in its first and most basic meaning : the senses, perception. The propositions of a Scientific Banquet take the form of oral communication, performances or art works : artists, designers, performers, essayists, musicians, philosophers and poets meet each other to see and understand in the liberty that comes with the joys of a feast.

The form of the Scientific Banquet also allows knowledge to be increased in the domains of ethnoscenology, history and culture of food, the culinary arts and food design. Food design, which has been taught at ESAD Reims for nearly fifteen years, questions habits, uses and food rituals with the methods and tools of a designer. 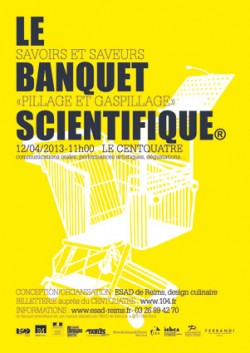 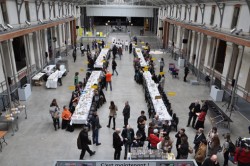 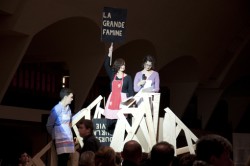 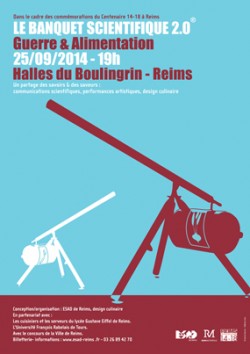 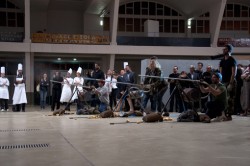 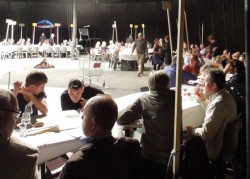